Bonsai is a fascinating art that combines the knowledge of plant physiology with oriental technique and aesthetics in a unique way. The art of Bonsai originates in the Chinese empire, but was subsequently acquired and perfected by the Japanese to become what we know today. It is linked to the oriental concept of seishi, ie the art of giving shape, of cultivating and practicing the most varied techniques, but always respecting the plant.

The term bonsai derives from Japanese and is a word composed of two ideograms that mean container (bon) and breeding (sai). These trees are not naturally small specimens, but are grown in miniature by performing appropriate and targeted pruning of branches and roots in order to limit their development. The bonsai are modeled according to the philosophy of Japanese perfection, using delicate and not harmful methods; the time and the right techniques are the only components that make a common seedling a wonderful bonsai.

For the Japanese, endless lovers of the natural world, bonsai represent the perfection of nature in respect of living specimens (which are not objects!).

Bonsai is a slow sculpture, the slowest in the world. Day after day, year after year, a delicate struggle takes place between the man, who has in mind his idea of how his work should be developed, and the plant that resists, to follow her nature. The man tries to seduce the plant by illuminating it where he wants it to grow and leaving the other parts in shadow. The plant rebels, obstinately, determined to remain the master of its own life. In the end a compromise is made between the man, who will never have a plant as he had imagined it, and the plant itself which will be different from what it would have been without human intervention. A slow, everyday sculpture, made of constant and constant attention, full dedication to one’s work… with the passage of time it is no longer clear whether the plant or the man is sculpted.John Yoshio Naka

The bonsai is therefore not just a miniature tree, but rather a specimen that allows the observer to come into contact with the glimpse of a forest or with the reproduction of a stream surrounded by ancient trees. It is easy to imagine why the Orientals define bonsai as the union of nature with art.

Bonsai art requires a lot of patience, therefore the knowledge of the most common rules on botany. It is also important to have (or learn) the right aesthetic sense and respect for the times imposed by nature. Only in this way you can get beautiful bonsai to grow and take with you for a lifetime.

Have you just taken (or they gave you) a bonsai and you don’t know what you have to do?

The first step is to understand exactly what plant it is, identifying the species. So you need to learn how to cure it properly, trying to avoid the most common mistakes. It is absolutely recommended to buy a good book to learn the basic techniques and also to contact, at least in case of need, one of the various Bonsai Clubs in your province.

In Japanese the word bonsai is composed of two syllables: “bon” (盆) and “sai” (栽). Each of these syllables is written with an ideogram (kanji) and has its own meaning. The ideograms in turn are composed from various parts called radicals, which give the meaning to the ideogram itself.

The first ideogram, “bon” (盆) is constructed with two radicals. The upper one means divide, in fact we see a knife that cuts something into two parts. The lower one means plate, container. Together they mean jar.

The second ideogram, “sai” (栽) is instead composed of three radicals. The first one, the one on the top left, has three sections and means land. The second, lower left, has the shape and meaning of a tree. The last radical is a cutting tool. Their union means cultivating, breeding.

Therefore the word bonsai in Japanese (and Chinese) means tree grown in a vase. 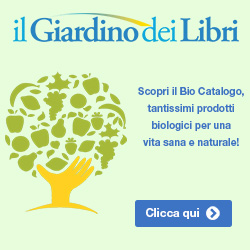 Use the following hashtag on Instagram to see photos of your bonsai below:

No images found!
Try some other hashtag or username